← The Power of a Praying Mother "So" Misunderstood - John 3:16 Might Not Mean What You Think →

Responding to the Worldview of Anti-Conversion Therapy Laws 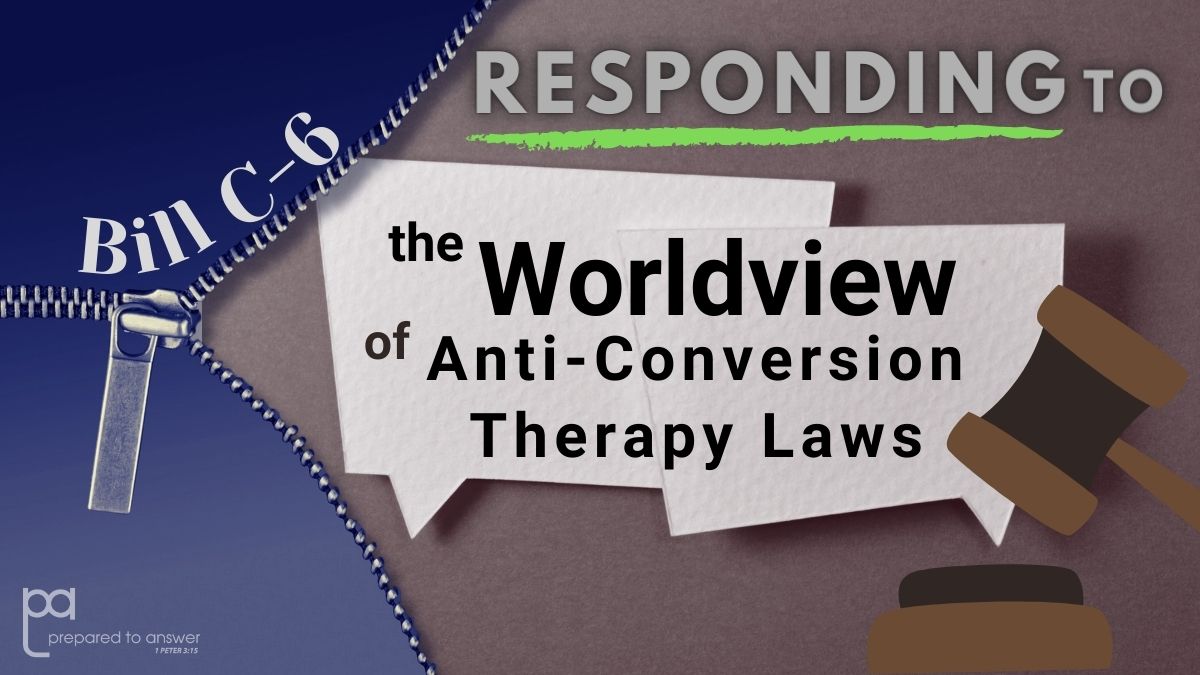 Note: This is the third episode in our series on anti-conversion legislation (Bill C-6). We encourage you to listen to episodes 10 and 11 if you haven’t done so already.

Previously, in episode 10 and episode 11, we looked at the issues around the proposed anti-conversion therapy legislation in Canada under Bill C-6. While controversy surrounds the debate about the specific language of Bill C-6, the bill in its present form supplies Christians with a window of understanding into the worldview that lies behind it.

By taking time to understand the way people in our culture think, Christians can better equip themselves to address the idea strongholds that keep them captivated and blind to the truth found in Jesus Christ.

In this episode, Scott and Shawn discuss some principles and real-life examples of how we can use conversations about issues like conversion therapy laws to open doors for gospel witness.

← The Power of a Praying Mother "So" Misunderstood - John 3:16 Might Not Mean What You Think →