← Recovering the Christian Mind A Book Like No Other →

The Battle For The Bible

by Scott Stein | Culture and Spirituality, Faith and Reason | 1 comment 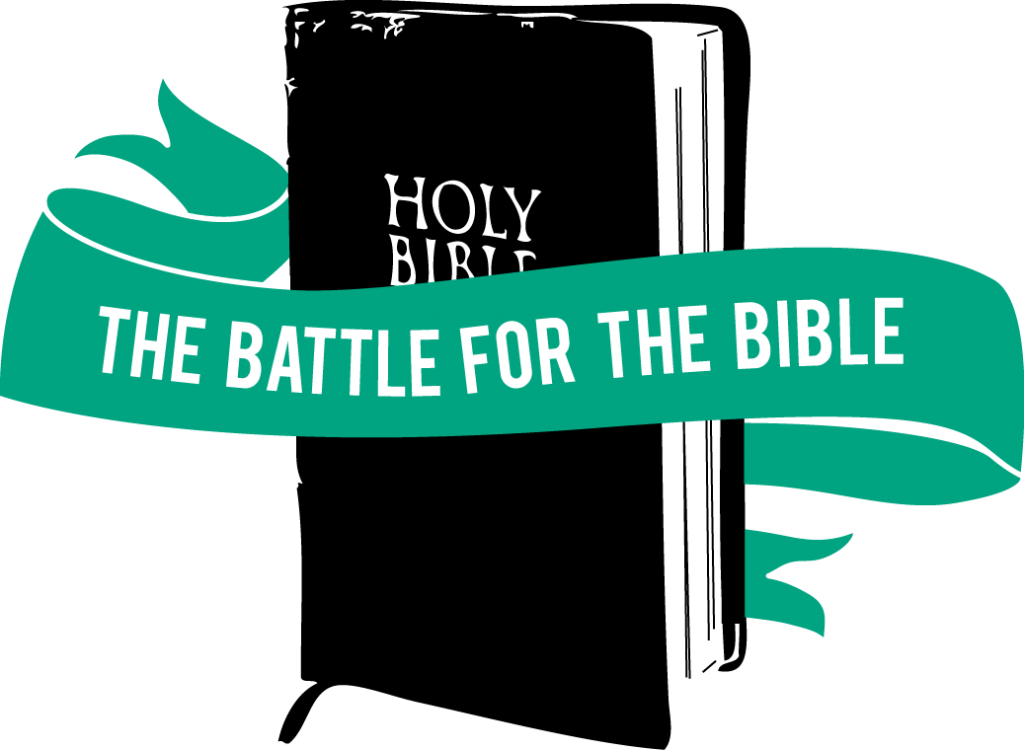 “Mr. Prime Minister, my rst words are a prayer. May Almighty God in his in nite wisdom and mercy bless the sacred mission which has been entrusted to me by Her Majesty the Queen and help me to ful ll it in all humility. In exchange for his strength, I offer him my weakness. May he give peace to this beloved land of ours and, to those who live in it, the grace of mutual understanding, respect and love.”[1]

This invocation of God’s grace by a national public servant stands in stark contrast to the installation speech only 46 years later, of Canada’s 27th Governor- General Michaelle Jean who opened with these words:

While Jean’s positive vision for Canada also extolled the values of “respect, tolerance and sharing”, unlike Vanier’s it was completely devoid of reference to any deity.[2] Rather than looking to God, Jean placed the key to our nations success squarely in our hands.

“We [emphasis mine] must give our young people the power and, even more, the desire to realize their full potential.”[3]

With almost lighting speed God has been virtually erased from Canadian public consciousness. How this happened has been discussed by others. Here we wish to reflect upon an important implication of the fact that it has

The Disappearance of Biblical Understanding From Canadian Education

Remarkably, as late as the mid-1960’s Christianity was still the agreed upon religious and moral framework within the public school system in Ontario. The Ministry of Education’s own philosophy asserted that “the purpose of education in Ontario was ‘to [prepare] children to live in a democratic society which bases its way of life upon the Christian ideal.’”[4]

Central to this goal was the primacy of the Bible as God’s revealed truth. One section from the ministry manual entitled Programme for Religious Education gave the following instruction for opening exercises:

“The Scripture reading should normally be taken from one or other of the two great English versions, since it is in the highest degree desirable to familiarize the children with the beauty of diction and rhythm of these priceless literary masterpieces.”[5]

Beyond opening exercises were regular periods of religious instruction which included: daily Bible reading, listening to Bible stories, making pictures and models of Bible events, reciting and memorizing scripture and preparing for religious celebrations such as Christmas and Easter.[6]

However, the tide began to turn in the 1960s, soon producing a tidal wave
that first saw the removal of religious instruction, then Scripture reading during opening exercises, then finally in 1988 the removal of the Lord’s Prayer. By 2001 the situation had so reversed itself that Professor of Education R.D. Gidney could say “In this particular part of the public arena [i.e. public schools] – Christianity has not only been disestablished but banished.”[7]

The Consequent Loss of Biblical Literacy in Canada

A serious consequence of Christianity’s banishment from public education has been the general loss of biblical literacy in Western culture. Where once we shared a common narrative for morality, family, life and death wrapped around the great stories and teachings of the Bible, today that has virtually evaporated as childrens’ educations are shaped exclusively by secular philosophy.

A recent British Bible Society study revealed that only 46% of school children are exposed to the Bible at least once a year, compared to 86% of their parents’ generation. This lack of exposure to the Bible has led to some startling realities in which:

Today the shared framework of biblical understanding and familiarity that our grandparents and even parents enjoyed has all but vanished, making the Christian’s task of “making disciples of all nations” increasingly dif cult. What is more, with increasing biblical illiteracy comes the challenge of not only a lack of knowledge about the Bible, but also a change in attitudes toward the Bible.

The Surprising Loss of Biblical Literacy in the Church

Biblical illiteracy and skepticism present a great challenge to sharing the good news of Christ. However, the problem becomes even greater when we realize that the situation is not much better for Christians themselves.

First of all, biblical illiteracy is a growing problem even among evangelical Christians.
For example, in a 2004 Gallup survey of evangelical teens, nearly 60 percent could not identify Cain as the one who said “Am I my brother’s keeper?”, while over half could not place “Blessed are the poor in spirit” as a quote from the Sermon on the Mount or “the road to Damascus” as the place where Saul/Paul’s blinding vision of Jesus occurred.[10] But knowledge of the Bible’s content is only one facet of biblical literacy. One can only imagine what the picture would look like if surveys included questions around more detailed understanding of the Bible’s content.

The Irony: Biblical Impoverishment in an Age of Abundance

The great irony is that in a day when biblical literacy and con dence is at an all time low, the abundance of study material and confident scholarly response to biblical skepticism is at an all-time high in history. What could be contributing to such a paradox?

Daniel Wallace, one of today’s leading voices in defending the historical and textual reliability of the New Testament gives this diagnosis:

“The media’s assault on the biblical Jesus, postmodernism’s laissez-faire attitude toward truth, and a collective ignorance of Scripture have joined to create a culture of cynicism. In short, society has been conditioned to doubt.”[12]

Fueling this doubt are recent popular attacks against the Bible, including Dan Brown’s Da Vinci Code and the consistently best selling works of Bart Erhman such as Misquoting Jesus and Lost Christianities. While the first is fiction and the last two semi-scholarly, both play neatly into our popular culture’s penchant for conspiracy theories and suspicion of religious authority.

What is tragic however, is that Christians are generally unaware that all such attacks have been thoroughly and confidently rebutted by sound scholarship…and lots of it! While skepticism of the Bible is on the rise, the historical and evidential ground for Bible confidence has actually risen even higher.

Restoring Christian Confidence in the Bible

More than ever it is time for churches in Canada to begin revising how they go about the work of making disciples, and for Christians to revise what it means to be a disciple. We often pay lip service to how important the Bible is to us, but do our church programming and personal study bear this out? Can we truly say with the Psalmist, “Oh, how I love your law! I meditate on it all day long?” (Psalm 119:97)

It is ironic that the Sunday School Movement of yesteryear that included after school and Sunday afternoon Bible classes is being modeled by both Jews and Muslims. A visit to almost any Jewish synagogue or Muslim mosque website shows children’s and adult Torah or Quranic education classes being offered during weeknights or weekends; classes focused on reading, memorizing and understanding the actual text. Might this be instructive to us as Christians that both Jews and Muslims consider formal education hours essential enough to instil it as a priority above and beyond weekly worship observance?

Now I am not suggesting that we dust off our flannel graphs and bring back the “good ole days”. It’s a new day and what worked back then likely won’t work now. What’s more, sometimes what “worked” back then wasn’t actually working. What I am suggesting is that pastors, church leaders and parents begin thinking hard about how we can make the Bible the most read and understood book in every Christian household. Such a task goes beyond simply instituting a new reading program or Bible class. (although both may be necessary) Rather, it means reshaping the very culture of our churches such that every Christian longs to know the Word of God and consequently prioritizes his or her living activities (yup, actually sacrificing time) in order to grow in their knoweldge and understanding of this miraculous book.

← Recovering the Christian Mind A Book Like No Other →