← Is The Trinity Practical? - Part 4 The New Tolerance →

A Voice Of Reason Into Treatments of Gender Dysphoric Children 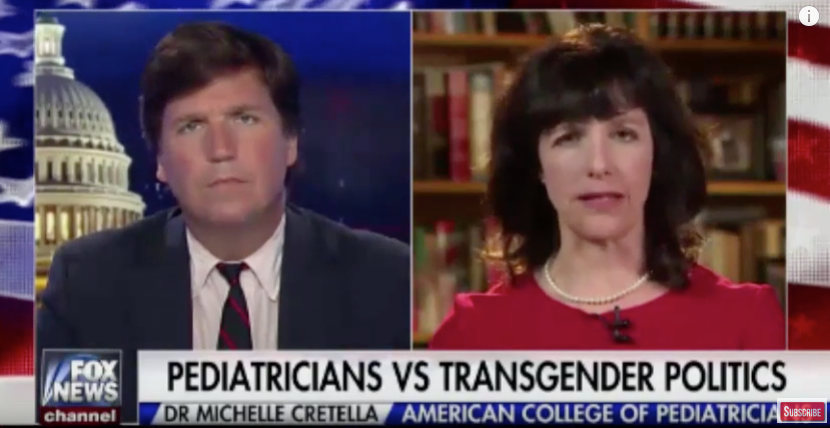 Christian families, like the rest of society, are scrambling to find clarity in the fog of confusion that has swept our culture when it comes to gender and transgenderism.  Especially concerned are parents or family and friends of who find themselves dealing with children experiencing incongruence between their feelings about gender and their biological sex.  These are real problems and the church does need to think long and hard about how to encourage, support and guide such families.

While teaching and living out a consistent biblical worldview is vital, we are also helped when those within the medical/scientific community speak up and affirm the gender binary that God established when he created humanity as male and female.  It is self-evident for the honest observer and true human flourishing comes when we live according to our God given nature rather than trying to deny it.

In this post I just want to present some useful information that I was recently alerted to surrounding an article and subsequent interview with Dr. Michelle A. Cretella, who is President of the American College of Paediatricians.  Here is the link to the College’s own webpage.

The article provides parents with some very important facts regarding transgenderism and children.  What was equally if not more helpful to read was Dr. Cretella’s 2016 peer reviewed article published in the Journal of American Physicians and Surgeons entitled “Gender Dysphoria in Children and Suppression of Debate.”  If you haven’t time to read the whole thing, here are some points from her article that I think are particularly relevant for parents to know, again appreciating that these statement are coming from a respected and accomplished professional in the medical community.

Dr. Cretella’s concern raises out of the growing trend to treat gender dysphoric (GD) children according to a model developed in the Netherlands which begins with administering puberty suppressing drugs followed by cross-sex hormone therapy, ultimately paving the way to sex reassignment surgery.  She summarizes her viewpoint in the opening abstract.

“A review of the current [scientific] literature suggests that this protocol is rooted in an unscientific gender ideology, lacks an evidence base, and violates the long-standing ethical principle of “First do no harm.” (p. 50, par. 1)

Where trans activists and sympathetic physicians would claim science as the basis for such treatment, Cretella points out:

“The debate over treatment of children with GD concerns physician worldview as much as science.  Medicine does not occur in a moral vacuum; every therapeutic action or inaction is the result of a moral judgment of some kind that arises from the physician’s worldview.” (p. 50, par. 2)

Regarding the trans activists assertion that gender is fluid such that a boy may be born with a female gender and vice versa:

“To be clear, this “alternate perspective” of an “innate gender fluidity” arising from prenatally (i.e. pre-birth) “feminized” or “masculinized” brains trapped in the wrong body is an ideological belief that has no basis in rigorous science.” (p. 51, par. 2)

Regarding the trend to give psychological discomfort about gender priority over the physical reality of biological sex:

“A person’s belief that he is something or someone he is not is, at best, a sign of confused thinking; at worst, it is a delusion.  Just because a person things or feels something does not make it so.

Children with GD do not have a disordered body–even though they feel as if they do.  Similarly, a child’s distress over developing secondary sex characteristics does not mean that puberty should be treated as a disease to be halted, because puberty is not, in fact, a disease.” (p. 51, par. 9)

Regarding allegations from the trans activist communities that failure to affirm chosen genders will result in suicide:

“It is now alleged that discrimination, violence, psychopathology, and suicide are the direct and inevitable consequences of withholding social affirmation of a child’s gender discordance and allowing a gender dysphoric child to pass through puberty in accordance with his biological sex. Yet, the fact that 80 percent to 95 percent of gender-dysphoric youth emerge physically and psychologically intact after passing through puberty without social affirmation refutes this claim. Furthermore, more than 90 percent of people who die of suicide have a diagnosed mental disorder. There is no evidence that gender-dysphoric children who complete suicide are any different. Therefore, the cornerstone for suicide prevention should be the same for them as for all children: early identification and treatment of psychological co-morbidities.” (p. 52, par. 1)

Regarding the impact of puberty suppressing drugs:

“In addition to preventing development of secondary sex characteristics, these medications arrest bone growth, decrease bone accretion, prevent the sex-steroid dependent organization and maturation of the adolescent brain, and inhibit fertility by preventing the development of gonadal tissue and mature gametes for the duration of treatment.” (p. 53, par. 2)

Regarding the impact of puberty suppressing drugs followed by cross-sex hormones:

“Since GnRH agonists prevent the maturation of gonadal tissue and gametes in both sexes, youth who graduate from pubertal suppression at Tanner Stage 2 to cross-sex hormones will be rendered infertile without any possibility of having genetic offspring in the future because they will lack gonadal tissue and gametes for cryo-preservation. The same outcome will occur if prepubertal children are placed directly on cross- sex hormones.” (p. 53, par 4)

And her final conclusion:

“Gender dysphoria (GD) in children is a term used to describe a psychological condition in which a child experiences marked incongruence between his experienced gender and the gender associated with his biological sex. There is no rigorous scientific evidence that GD is an innate trait. Moreover, 80 percent to 95 percent of children with GD accept the reality of their biological sex and achieve emotional health by late adolescence.

The treatment of GD in childhood with hormones effectively amounts to mass experimentation on, and sterilization of, youth who are cognitively incapable of providing informed consent. There is a serious ethical problem with allowing irreversible, life-changing procedures to be performed on minors who are too young to give valid consent themselves.”

I’m grateful to Dr. Cretella for standing up for what is right and true knowing full well that doing so will bring her under fire from critics.  May we be no less bold to stand ourselves for what we know to be true according to God’s gracious revelation in Christ and through his Word.

← Is The Trinity Practical? - Part 4 The New Tolerance →