Home > Topics > Faith and Reason > If Science Gives Evidence for a Creator, How Do We Know It’s the Christian God?

← How Jesus' Birth Changed the World — and the Calendar

If Science Gives Evidence for a Creator, How Do We Know It’s the Christian God? 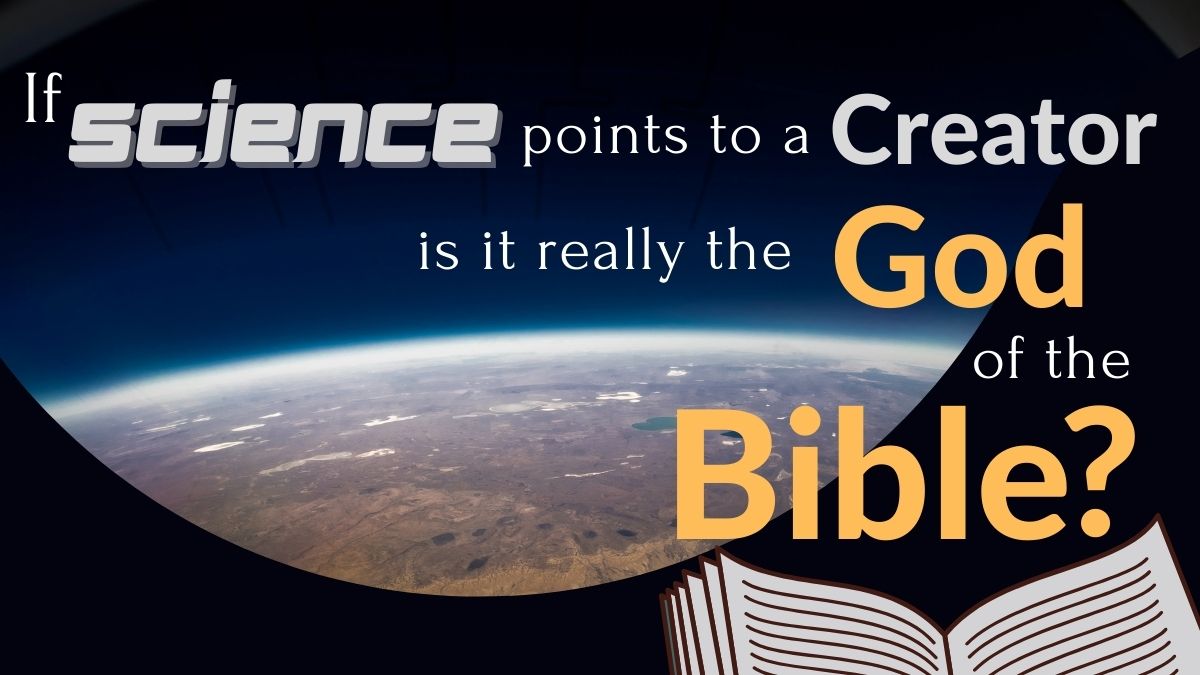 Modern science supplies good evidence for believing that the existence of the universe is the result of a divine creator. But even if we can make a sound argument for a divine creator from scientific evidence, is there any way of showing that this divine Creator is the Christian God who revealed himself in the person of Jesus Christ?

In this video from an online event hosted by Prepared to Answer, Dr. Kirk Durston lays out a clear argument for rationally justifying why we can believe that the divine creator who science points to is the Christian God of the Bible.

Here is a summary of his argument.

First, we need to clarify the difference between “rational justification” and “proof.” Proofs are rare, occurring mostly in abstract fields such as logic or math.

Reasons for a divine creator reaching out to us through religion

Since the creator of nature must be non-natural (i.e. supernatural), it stands to reason that the field of religion is a good place to look for evidence that such a creator has reached out to make his existence known to us.

Without favouring any one religion, an objective and honest approach would be to ask three questions of any religion:

What reasons to believe does Christianity offer?

Based on these three questions, Christianity is the only religion in history that supplies a broad and sound base of reasons for believing that the divine creator has revealed himself as the God of the Bible and Christianity.

First, there is very good evidence from the biblical and historical record that Jesus Christ not only had special connection to the Creator, but was himself God appearing in human form.

Some evidence to consider is:

Reason 2: The Bible as a supernatural text

Second, there’s good evidence that the Bible as the Christian source of sacred texts is supernatural in origin. Most notably, its accuracy in prophetic predictions.

Reason 3: God as a triune being (the Trinity)

Third, we would expect a human-invented god to be explainable, since such a god originated in human minds. But the God of the Bible who reveals himself and relates to humanity in personal terms that we can understand, is also mysterious in his being as Trinity (Father, Son, and Holy Spirit). He’s an eternal Creator who is eternally one in his being, but eternally three in his persons.

Far out of our realm of experience and very difficult to comprehend, God’s triune nature lends credence to the unlikelihood that the Christian God is a fabrication of human imagination.

While we fall short of saying that this provides a proof that the divine Creator of the universe is the Christian God, it does provide us with a high degree of rational justification.

There’s strong reason for believing that Jesus Christ, who claimed to be God in the flesh, is indeed the Creator of the universe and one true God.

This live online presentation was delivered by Kirk Durston at an event hosted by Prepared to Answer.

KIRK DURSTON, our guest presenter, has worked with Power to Change at universities across Canada for the past 37 years, thinking, writing, and speaking about the interaction of science, theology, and philosophy within the context of authentic Christianity. Kirk has been a speaker at several of Prepared to Answer’s “How Can You Know?” apologetics conferences. You can find Kirk at kirkdurston.com.

You can also listen to an audio version here or find it as an episode in the Prepared to Answer Podcast in your favourite podcast app.

← How Jesus' Birth Changed the World — and the Calendar