← The Battle For The Bible How Do You See The World? → 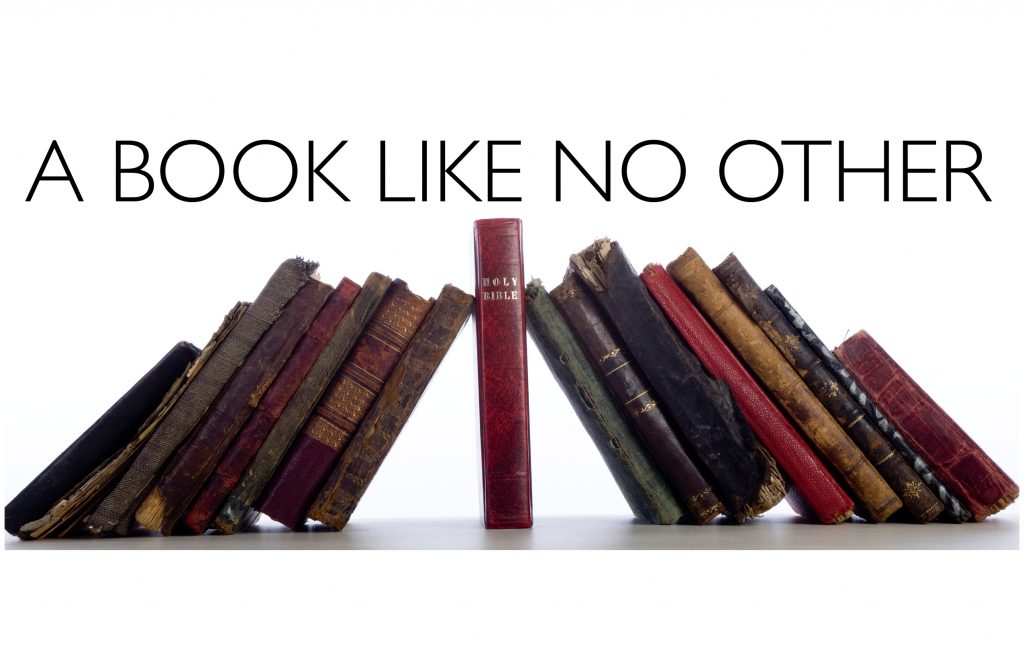 After presenting a defence for the historical reliability of the New Testament to a group of university students, I was approached by a young woman who thanked me, and ultimately God, for the timeliness of my talk, saying:

“Just this week in my World Religions class the professor spent a whole lecture talking about the gospels and how everyone knows that they weren’t written by Jesus’ disciples, but by later Christians who wanted to create their own version of Jesus. I was so upset because I didn’t know what to say, and it seemed like the evidence supported what he was saying and not what I had grown up believing about the Bible.”

I left concerned over how typical a story this young woman had. Biblical skepticism has grown in recent years to the point where the average person simply assumes that scholars have proven the Bible unreliable, and Christians find themselves completely unprepared to respond. The results can be devastating

I remember conversing with a young man who grew up believing the Bible, but after being confronted with some skeptical arguments abandoned all notions that anything the Bible said could really be true. Now an atheist, he challenged me saying: “Imagine what would happen in churches if pastors started teaching about textual criticism of the Bible”; his point being that critical questions would spell the end of Christian faith.

Was he right? The fact is that critical questions about the Bible are seldom discussed in churches. The result is that Christians with doubts may get the impression that something is being hidden, and when faced with skepticism they feel shaken, uncertain or even mislead.

What follows therefore is a brief apologetic for the Bible’s, in particular the New Testament’s, reliability. My modest goal is simply to whet your appetite for further study into the solid evidence we have for God’s miraculous preservation of His Book.

Can We Trust the New Testament Record?

Scholars looking at ancient documents like the Bible seek to answer a very simple question: “Do we have what the original authors wrote?” Obviously, before the age of printing presses or photocopiers, writing was copied by hand. The big question this raises is, “Did the copier make changes?”

Given human error alone, the answer must be “yes”. As a result, scholars study the handwritten copies (manuscripts) in order to determine which reading reflects the original most closely. In this field, called textual criticism, there are a number of issues scholars consider.

The first thing is the number of a manuscripts available to study. In this case MORE is BETTER. Eminent New Testament scholar Bruce Metzger explains why:

“The more often you have copies that agree with each other…the more you can cross-check them to gure out what the original document was like.”[1]

In other words, even though we do not possess original copies of any ancient texts, we can take the copies we do have and compare them to see where errors or changes may have crept in and in so doing work our way backwards to the most likely original reading. The more copies we have to compare, the more reliable our conclusions can be.

How many copies do New Testament scholars have to work with? Current estimates for possessed manuscripts (either partial or whole) are as follows:

That’s nearly 24,000 manuscripts, and the number is increasing all the time as more manuscripts are discovered.

Let’s briefly compare this with some other influential ancient historical writings:

As you can see, when it comes to the New Testament, the manuscript evidence we possess amounts to what Daniel Wallace calls “an embarrassment of riches.”[4]

In addition, if all those manuscripts were not enough, we also have the writings of
the Church Fathers (those early church leaders who followed the Apostles). Writing from the first to the fouth centuries, their quotations of the New Testament number well over one million.[5] Metzger remarks:

“So extensive are these citations that if all other sources for our knowledge of the text of the New Testament were destroyed, they would be sufficient alone for the reconstruction of practically the entire New Testament.”[6]

The fact is that compared to the New Testment no other ancient work even comes close to being so well documented.

In addition to the sheer volume of manuscript evidence supporting the New Testament is the comparative earliness of that evidence. This is important because the closer in time a copy is to the original, the more likely the copy is to reflect the original since there has been less time for mistakes or changes to have worked their way into the copying process. How does the New Testament fare?

By contrast, we possess NO manuscript copies of any other ancient writings dated to within three hundred years of the originals.[8] For the majority, manuscript evidence averages between 500 – 1000 years later than the originals, and of these we only possess a handful.

The sheer quantity and earliness of the New Testament manuscript evidence may not remove all doubts, but as Daniel Wallace puts it, “if we have doubts about what the autographic New Testament said, those doubts would have to be multiplied a hundredfold for the average classical author.”[9]

Indeed, given the disparity of evidence, one wonders why no one denounces the writings of Plato or Aristotle or Julius Caesar as untrustworthy.

But Aren’t The Manuscripts Full Of Errors?

When textual scholars look at manuscripts, they refer to errors as “variants”, which simply means differences between manuscripts. Because the New Testament was transmitted to us over centuries of handwritten copying, the manuscripts are indeed full of variants, a fact that skeptics like Bart Erhman tend to exploit by making statements like this:

Statements like this give the impression that there are so many copying mistakes in the New Testament that we have no idea what the originals said, but this is very VERY misleading.

Second, statements like Erhman’s don’t stop to consider what kinds of variants we are talking about. Let’s look at some details to understand.

Of those 400,000 variants scholars have detected:

– 75% are spelling and similar mistakes, which present no problem at all since speling errers dont impakt meening and ar eesily detectid.

– 15% are untranslatable. In most cases this is due to a change in word order. In New Testament Greek the meaning of a word doesn’t depend upon its order in a sentence the way it does in English. Rather, it depends entirely upon the form that the word is written in. So, if a scribe mistakenly mixed the order of words while copying a sentence, it counts as a variant, but it makes no difference to meaning at all.

– 9% are meaningful, but not viable. This means that a variant does impact meaning, but it is not a viable option to be considered an original reading. This is mostly due to it being isolated, that is it only occurs in a very small number of manuscripts, and/or late, that is it shows up so late in copying efforts that it cannot be considered original.

– Only 1% of variants are considered meaningful and viable, that is they affect meaning and need to be considered. This 1% comprises the bulk of what textual scholars work on and write about.[11]

Despite the variants in transmission presented within the manuscript evidence, the desperate situation portrayed by skeptics concerning the New Testament’s reliability is completely unfounded. Critical textual scholars who have evaluated the evidence are confident that what we possess today reflects what the original New Testament writers wrote 99.5%[12] of the time. And of the differences that persist, most legitimate scholars have concluded that “no doctrine, no teaching of the New Testament is jeopardized by textual variants.”[13]

Even a skeptic like Bart Erhman, when writing for scholarly peers, admits:

“In spite of these remarkable [textual] differences, scholars are convinced that we can reconstruct the original words of the New Testament with reasonable (although probably not 100 percent) accuracy”[13]

Nevertheless, praise God that he has given us good reason, based upon solid evidence, to believe that what we read in our Bibles truly preserves the words he spoke and the deeds he accomplished through Jesus Christ, as passed down to us through the living witness of the Apostles. So, we can confidently say that the faith we have is the faith they had, because the witness we have received accurately transmits to us the words that they wrote.

11. See Daniel Wallace’s chapter on “The Quantity and Quality of Textual Variants in Reinventing Jesus, 53-63, and his section under “The Nature of the Variants” in Revisiting the Corruption of the New Testament, 40-43, for a more thorough look at the types of variants.

← The Battle For The Bible How Do You See The World? →