Home > Topics > Parents > The Power of a Praying Mother

The Power of a Praying Mother 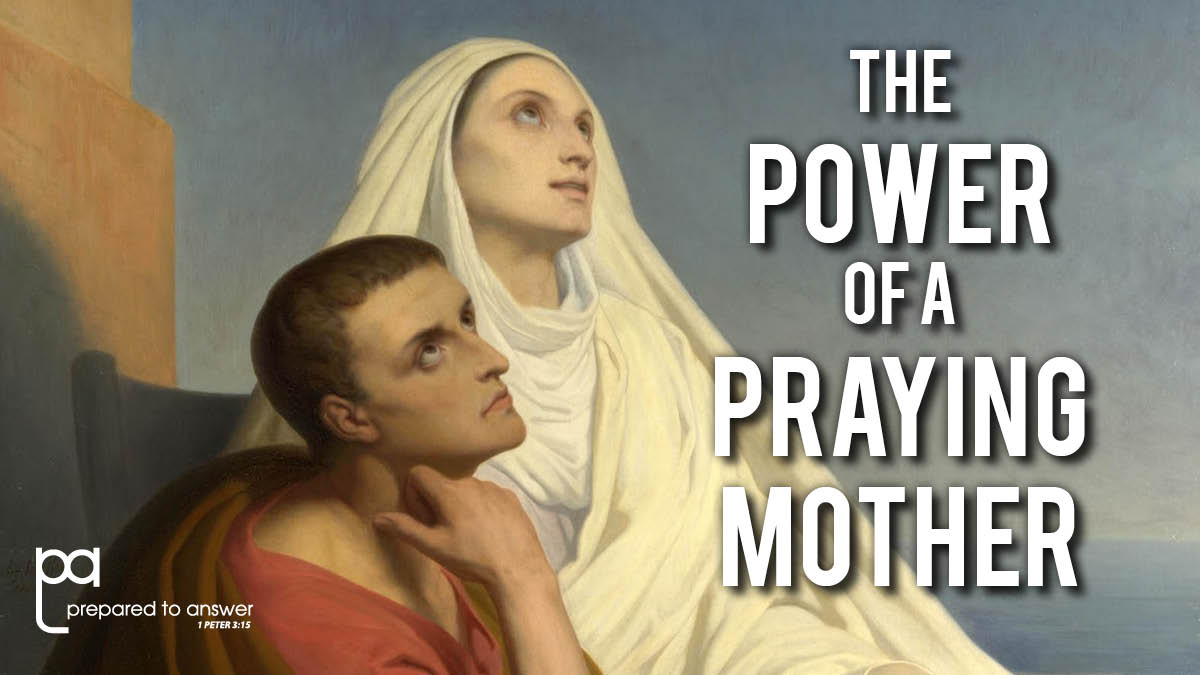 One of the church’s earliest and greatest thinkers and theologians, after the Apostles, was a man by the name of Augustine. Saint Augustine, as he came to be called, grew up in north Africa around 375 A.D. His father was a pagan, but his mother was a devout Christian woman named Monica who sought to raise her son in the Christian faith. Despite her best efforts Augustine drifted from his mother’s teaching into a promiscuous life of adolescent sinful indulgence.

While Augustine transgressed further and further from the Christian life Monica raised him to know, he never departed from his mother’s prayers. At one moment of desperation for her wayward son Monica sought the help of a local bishop to confront Augustine and persuade him to turn to Christ. While pouring out her heart  in anguish, the bishop confidently reassured her: “It is not possible that the son of so many prayers and tears should be lost!”  He could not have been more right!

Some time later in AD 386, Augustine was in Milan, Spain. While outdoors one day he hear the voice of a child singing a song whose chorus included the words “Pick it up and read it. Pick it up and read it.”  Taking this a sign from God Augustine opened his Bible and read the first words he saw, which were from Paul’s letter to the Romans. He read:

Let us behave decently, as in the daytime, not in carousing and drunkenness, not in sexual immorality and debauchery, not in dissension and jealousy. Rather, clothe yourselves with the Lord Jesus Christ, and do not think about how to gratify the desires of the flesh (Romans 13:13-14).

Coming under deep conviction, Augustine repented of his sin and turned his life wholly and completely over to Christ. Great joy flooded Monica’s heart after so many years of tear-filled praying for her son.

What a fitting encouragement and reminder for Christian mothers today, especially on days like Mother’s Day. Despite your best efforts to teach your children God’s truth, it’s only the power of the Holy Spirit that can bend and move their hearts to accept that truth and embrace it as their own.

For all of you moms who are striving to obey God by training up your children to know the truth of Jesus Christ, don’t forget to match those efforts equally with constant and fervent prayer for His power to work in their hearts.

If I can take some small liberty with James’ encouragement in James 5:16…

The prayer of a righteous [mom] is powerful and effective.