← Tending to Your Soul by Reading Books Did Luke Invent Jesus' Birth? →

Christians Need Courage to “Do God” in Public – John Lennox 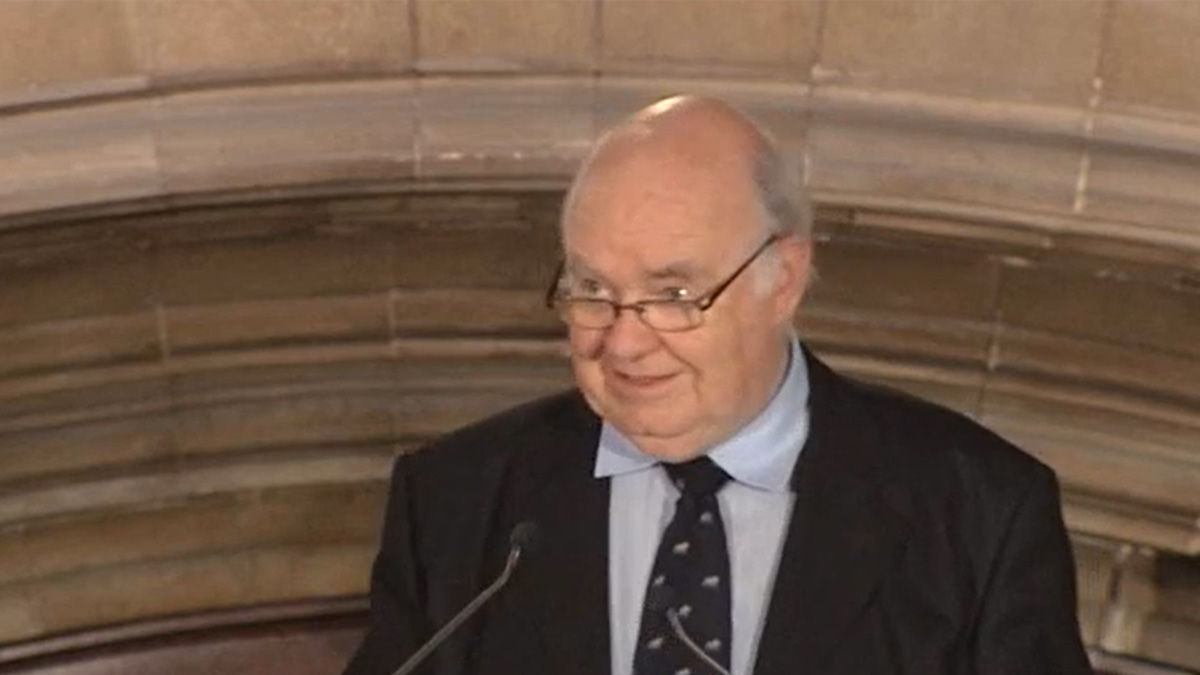 In his keynote address at the British National Parliamentary Prayer Breakfast 2013, Dr. John Lennox told Christians to have courage to do their Christianity in public. Challenging the secular and New Atheist redefinition of faith, he reminded Christians that biblical faith is something concrete that can be presented for rational consideration.  I’ve highlighted and summarized some of his remarks, but I would highly recommend you invest the 24 minutes necessary to hear his brilliant address.

The secularist and New Atheist redefinition of faith is “believing where there is no evidence”; but this, Lennox points out, is “blind faith”. Real faith, biblical faith, means trust. And trust looks for the weight of evidence for that which trust is being placed in.  He notes: ”Faith in God, far from being blind, is a rational, personal commitment based upon cumulative evidence of many kinds.”

The present dangers we face today stem not from imposing Christianity, but from imposing atheism. Eliminating God from society’s consciousness is actually the root of our problem.

“For centuries in our culture, God has been the ultimate moral authority…But if we jettison God, what is the power behind morality?…Ideas have consequences, and if we teach people that morality is ultimately illusion, they will begin to believe it. Many already have, with the result that our institutions are awash with scandal; families are increasingly fractured; people are lonelier and more distressed than ever, and trust is at an all time low. We’ve reaped a whirlwind.”

“The great good news is that there is to be a final judgement at which justice will be done and done fairly. The judge’s appointment has been confirmed by his resurrection from the dead, and Christianity therefore makes an immeasurably important positive contribution to society by upholding the values written on the consciences of all human beings whether or not they believe in God; those values upon which the freedom and flourishing of humanity depend.”

Lennox goes on to say that our problem is that while we all want justice, justice will also speak to us. We are all powerless to live according to the values that we ought to, and so while we may long for justice against human wickedness, justice will necessarily implicate us for our own.

“My problem is not that I don’t know the moral rules…oh I know them. It’s just that I don’t have the power to live that way. And here again Christianity positively addresses that deeper question through its message of grace and hope because Christianity is not primarily about rules and regulations. Its simple message is about the possibility of relationship with God. To those that suffer, it talks about a God who suffers. To those who are burdened with guilt and failure it talks about forgiveness. To those in turmoil it offers peace and to those who struggle with despair it offers life as a free gift that needs only to be received.”

Christians are often silenced by the skeptics who scoffs at the notion of a loving God in the midst of a world so full of evil and suffering, and yet Christianity offers the only message of hope to such a world by revealing a God who has entered into that suffering with us.

“Pain and evil cast their shadow over our lives. But in the cross of Christ we see that God has not remained a distant spectator. The Creative Word became flesh and dwelt among us. God took part in human suffering.”

In the Christian heritage we have immense resources to deal with all of the great questions and matters of human life and experience. Because the default position in the public media is atheism, we are made to feel as though we must keep silent and simply keep our faith to ourselves. But this is not an option Christ has given us since his very purpose in coming was to “testify to the truth”. (John 18:37) By extension, as his ambassadors Christians must do the same.

“Christians need courage to make space for the discussions that will allow people to give rational consideration to the merits of the Christian message…No one in this country has the slightest problem with ‘doing atheism’ in public. Let us therefore not be ashamed of doing God.”

← Tending to Your Soul by Reading Books Did Luke Invent Jesus' Birth? →